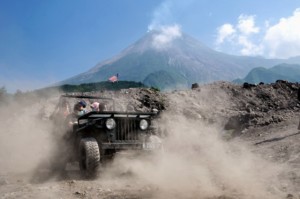 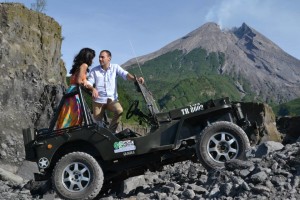 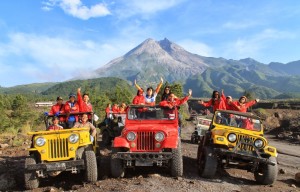 An old military Jeep will bring you to enjoy the natures surounding Merapi volcano, off road, rivers, rocks, and damaged house after the volcano eruption.
Lava tour is available everyday, free time departure. 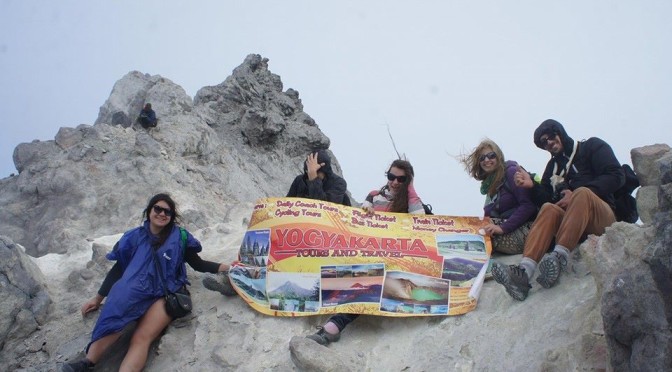 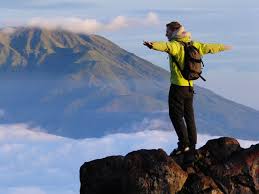 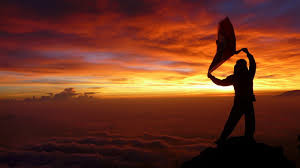 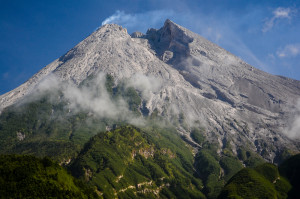 After eruption of volcano Merapi last year (2010), there are much change along hiking trail Pasar Bubrah – Summit of Merapi. Mostly half of the trail up summit dominated by volcanic sand, easier to be descended but harder to be ascended. Simply, the trails can be divided into two sections of phase:
1) Sandy Section: This section dominated by volcanic sand. Walking is much harder due to easily to slide backward.Try edging and walk by walking stick are the best ways to make the ascent easier.
2) Solid Rock Section: At the end of sandy section, there are two options:
* Turn left: Follow volcanic rock formation up heads for summit. The rock is solid but little big steeper. Using hand to keep balance while moving up is the best way to tackle this section.
* Turn Right; The trail is not totally consist of sand, but also gravel, unstable volcanic rock and dust.Rock fall from upper side always direct to this section, so…always watch up ( Specially when there are many other hikers ), and considered to wear helmet.

CHEAP FRUIT
If you like fruits, you might love this place.
You will found so many fruits and pay very cheap in harvest time.

This fruit garden promoted by local government since 2010.

DISTANCE:
About 40 km to south from downtown Yogyakarta or about 1  hour.

*) On summer, sometime the forest getting brown color. The Mangunan fruit garden will looks like abandon place cause they have not enough water.

HOW MUCH IT COST?

WHAT IS THE BEST TIME TO VISIT?

SUNRISE
At least you arrived on 5.00 am

*) For watching SUNRISE at MANGUNAN better you leave from Yogya at 4.00 am.

*) Don’t think that you can eat every kind of fruits. Your visit should match with harvest time, so you can eat the fruit that you love.

*) If you want see sunrise with cloud above the river, it should rain in the last night before. Otherwise, you won’t found the cloud/fog above the river. 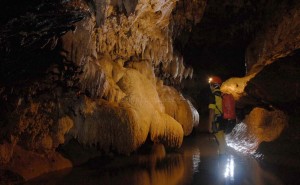 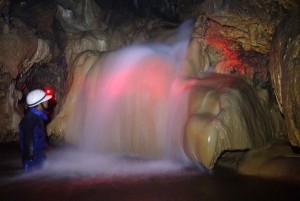 You should trying  to enter the cave. This “blind” trekking is very long horizontal cave, about 1.2 km length, but for visitor permitted only 500 meter to trekking the cave. Trying trekking at Cerme cave can lift up your adrenaline and be best experience in whole your life.

BEAUTIFUL ORNAMENT
You can see the most beautiful ornament inside the cave.
Such as, Stalactite, Stalagmite, Shawl, Flowstone , Coloumn etc.

EXOTIC PLACE
You visiting exotic place with nice view. Quiet and peaceful.
You also can hear the sound of the flow water, grasshoper and the sound of echo.
During the night, you can see the lights of Yogyakarta city.

OUTDOOR ACTIVITIES
If you like outdoor exercise, you might love this place.
You need flashlight, helmet to do caving.
You can also to do climbing at the cliff of the cave.

DISTANCE:
About 20km to south from downtown Yogyakarta. 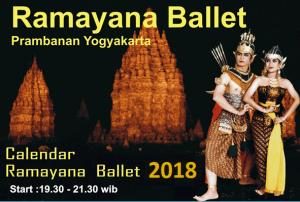 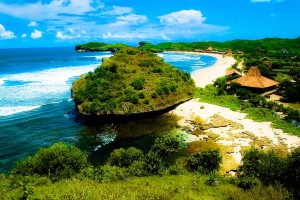 Leave: 07:00 a.m.
Price: Rp 1.100.000
Include: driver and gasoline
Exclude: entrance fees, parking fees, guide, meals, donations
Details: Our driver will pick you up from your hotel at 7 a.m. Then he drives you to Wonosari, Gunungkidul for about 2 hours to the east of Yogyakarta. There, we will visit three beaches which the location of one beach to another beaches are close. The entrance fee to visit the beaches is Rp 20.000,- / person. You will spend about 1,5 hours in each beach. Later on the driver will drive you back to the hotel. 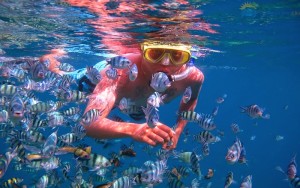 Romantic Package only two of You

A colourfull lake, sulfur, and a tea plantation will all together will be an amazing view in the magnificent area.
This trip is available for everyday. a suggestion time, leave at 07.00 am and return around at 04.00 pm. 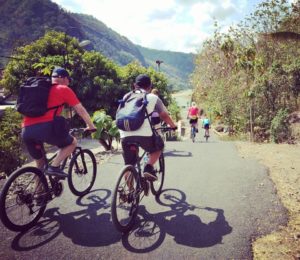 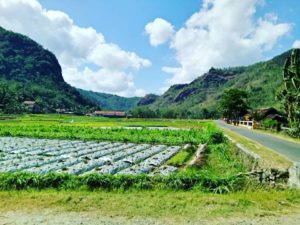 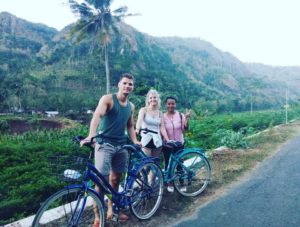 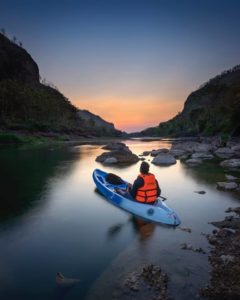 Details : We pick you up at your hotel (pick up area service) at 8 a.m then we drive you for about 0,5 hours to the place. First, you will do cycling tour in the villages for about 1,5-2 hours then continuing to kayaking in Oyo river. After that we take a rest and have lunch with Indonesian food. You will arrive at your hotel at around 2-3 p.m. The price includes transport return and equipment for the kayaking.